For Canada to remain one of the globe’s largest economies, the country’s openness to immigration is vital

This is according to a report predicting global population and economic trends between 2020 and 2100. The report predicts the population of the world will reach its height in 2064 with 9.73 billion people. With the falling fertility rates, it is expected the population in 2100 will be one billion less than the peak Over 75 percent of the 195 nations in the study will not have enough people to maintain their current workforces. Researchers said once the global population decline starts, it will continue naturally.

If you and your family are considering relocating to Canada, contact Canadian Visa Expert. Their team of professionals will guide you through the steps of Canadian immigration so you can begin living your dream life.

Shrinking populations can cause economic problems due to fewer people in the labor force. The issue can be offset by allowing large numbers of immigrants in the country to make up the deficit, as Canada has been doing for many years. Canada is predicted to become a more substantial immigration hub over the next 80 years, passing Turkey and Sweden. With the added immigration, Canada would pass Russia as the world’s 10th greatest economy by 2030. The researchers said, “The optimal strategy for economic growth, fiscal stability, and geopolitical security is liberal immigration with effective assimilation into these societies”. 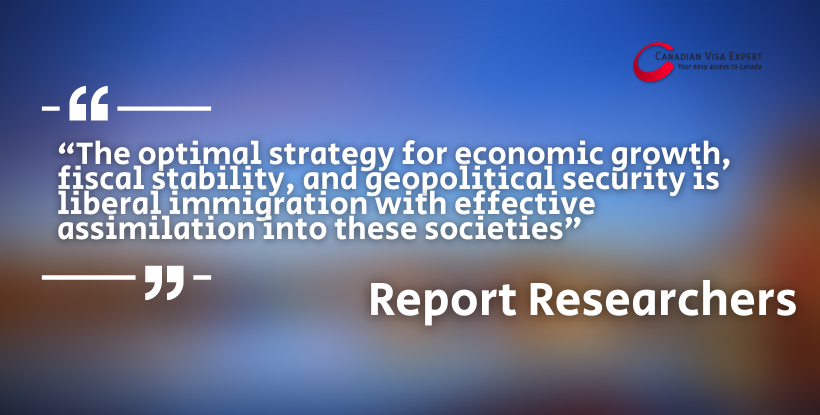 There are many opportunities for you and your family in Canada. Contact Canadian Visa Expert for help applying for the needed visa to live and work in Canada.