CBC News in Canada recently ran an article on the large number of people moving to Toronto to join in the technology scene there. In fact, some employers are receiving so many applications from the U.S. that they are surprised, especially when many of these applicants are from the Silicon Valley. Many of these people were from minority groups, and a majority of them were not U.S. citizens. 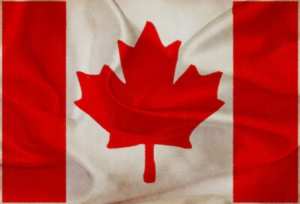 Canadian Visa Expert is a private Canadian immigration service that works with foreign nationals who want to move to Canada to find new jobs. Shopify is an e-commerce company with a Toronto office, and they have reported that there were 40% more applicants in the first quarter of 2017 than all of 2016. Toronto is making a name for itself in the technology sector, and people from all over the world want to be a part.

Many business owners expect to see the tech scene in Toronto grow ten times larger in the next five years. The city has proven that they have the finances and resources to handle a large influx of workers, and Justin Trudeau, the Canadian Prime Minister, has promised to help support and develop jobs in the technology niche. Contact Canadian Visa Expert if you are interested in moving to Canada to work and start a new life.