The Canadian government plans to issue a Permanent Resident (PR) Visa to Canada for 300,000 people through different immigration programs during 2016. This ambitious goal is a substantial increase over the 250,000-265,000 Canadian PR Visas approved annually during the past several years. 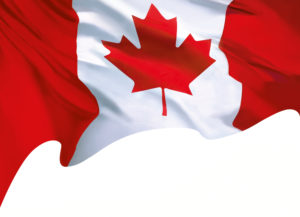 The majority of these Canadian visas (160,600) will be granted to skilled foreign workers (also referred to as “economic immigrants”). Another 80,000 people will be issued a PR Visa to Canada through the family sponsorship program, which permits qualifying Canadian citizens or permanent residents to sponsor eligible family members (such as parents or grandparents) for a PR Visa to Canada. Additionally, 55,800 refugees will be allowed to immigrate to Canada in 2016, along with 3,600 others authorized for “humanitarian” reasons.

Whether someone wants to immigrate to Canada as an economic immigrant, family member of a Canadian citizen or permanent resident, as a refugee or for humanitarian reasons, they must meet the eligibility requirements for the particular Canadian visa program.

Those who are approved for Canadian permanent residency will be able to live and work in Canada long-term, receive free basic healthcare, have access to educational programs and have the option to apply for Canadian citizenship once they meet the eligibility criteria.

Many people want to move to Canada, but do not know which Canadian immigration program they can apply for or whether they are likely to qualify for a visa to Canada. Thus, thousands of people from around the world contact CanadianVisaExpert each year.